The upcoming Windows 11 has leaked online. screenshots were first published on the Chinese site Baidu, the entire Windows 11 OS has appeared, complete with a new user interface, Start menu, and more. The new Windows 11 user interface and Start menu, look very similar to what was originally found in Windows 10X. Microsoft has simplified Windows for dual-screen devices, before scrapping this project in favor of Windows 11. Visually, the biggest changes you’ll see can be found along the taskbar. Microsoft has centered the app icons here, cleared the tray area, and included a new Start button and menu.

Here’s a collection of original wallpapers from Microsoft Windows 11 that we got from SahibDM on Deviantart. There is not only one wallpaper, consists of several wallpaper folders that are ready to add to your wallpaper collection. 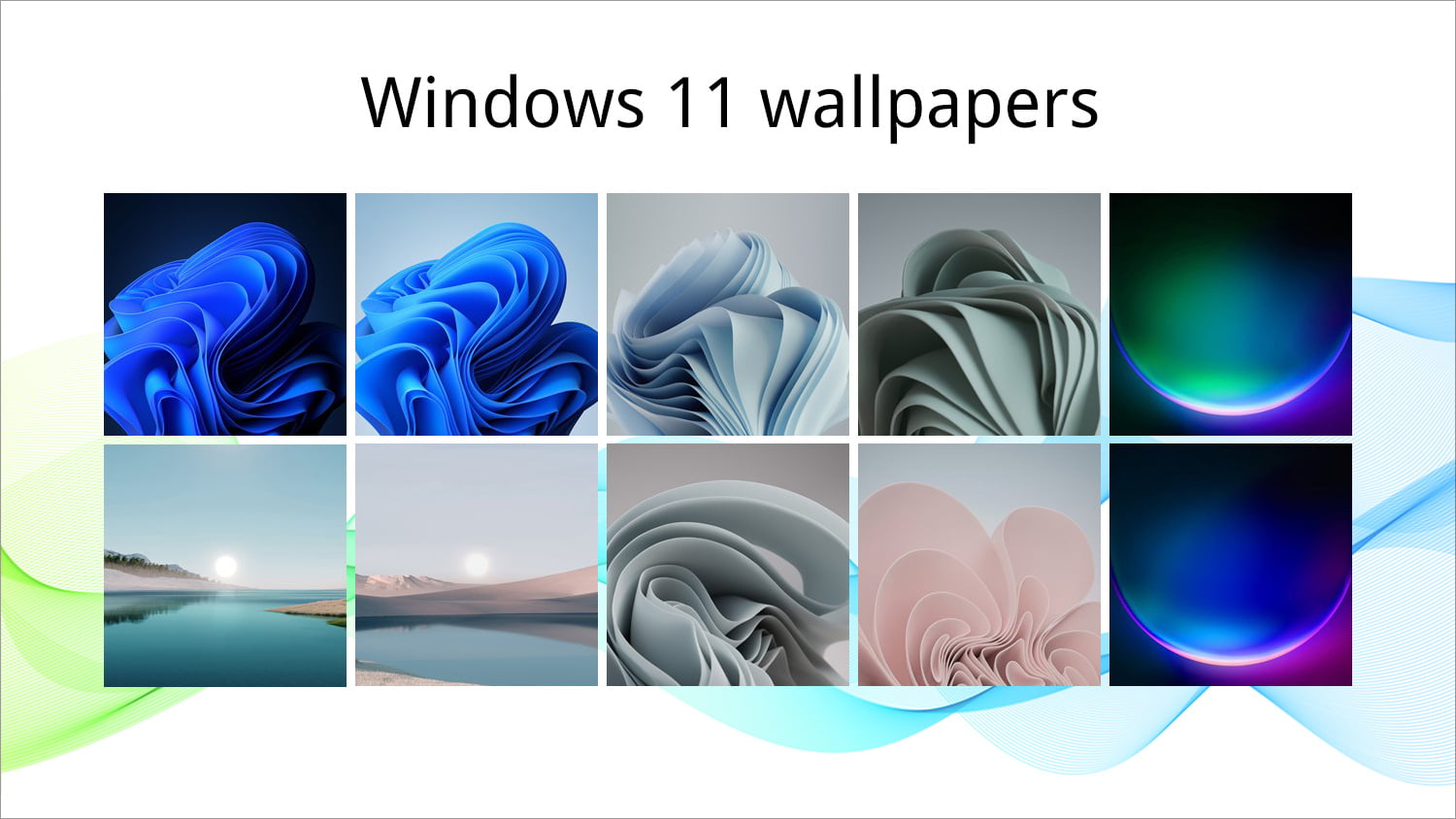